Future Meets Past With The New iPhone SE

It was a big surprise for Apple iPhone users when Apple came up with iPhone 6 and the smallest screen size you got was 4.7-inch. Those who had been using the previous smaller iPhone devices were worried that their favorite company had finally ditched their favorite screen size and moved on to compete with the best Android phones on the market. It was somewhat true since Apple came up with the “plus” version of its iPhone 6 too. This phone was even larger than the already 4.7-inch iPhone 6 and those with small hands could only dream of using this phone with ease.

There were a lot of complaints on social media and YouTube specifically from people with smaller hands that they were not comfortable with the new size shift from Apple. A company that takes its decisions no matter how much criticism it receives from the world was not expected to pay much attention to complaints from the people. However, Apple had to budge this time and succumb to the pressure of its loyal users and the competitive smartphone market around it. There is no doubt about the fact that Apple now feels the heat of the competition from Android phones greatly.

As experts suggested – Apple had to play safe – and Apple really did play safe. The company has recently come up with iPhone SE. This particular phone has been released specifically for people who were not happy with the size of its new iPhone 6. This is possibly the only sane reason that can be given for iPhone SE because spec-wise you already have the iPhone 6 and iPhone 6s with their additional “plus” versions with bigger screens. iPhone SE is even smaller and has been launched only to lower the speed the criticism was coming at toward Apple.

What Exactly Is iPhone SE?

Launched in March, iPhone SE is the small edition of iPhone 6. Some people expected that this phone would be a toned down version of iPhone 6 whereas others thought that it would compromise on some of the specifications because Apple could not just create another phone that would bring down the sales of its primary and flagship iPhone 6. As it turned out, iPhone SE is a combination of both the things: it is iPhone 6 and it is not iPhone 6. The size of the display on this phone is only 4-inch.

IPhone SE is exactly like iPhone 5 when you look at its shape. This 4-inch display is resting on a phone that is an exact copy of iPhone 5 with the big volume buttons on the left side, and big bezels on all sides. It boasts the famous retina display from Apple and the screen has a resolution of 640×1136 pixels with a pixel density of 326ppi. There is a dual-core processor on it just like there is one on iPhone 6s and the chipset is A9. You get 2GB of RAM on the phone with memory on the base model at 16GB.

The back camera on the phone is 12MP so your pictures will be of the same quality as the pictures from iPhone 6 series. Front camera is 1.2MP and you can take live photos that are 3-second photos that move when you press on them for long. The fingerprint sensor is still there and you will get a 1642mAh battery on this phone, which according to most of the reviewers on the internet has been pretty impressive for them. Price of the phone is the most affordable ever offered by Apple on any of its phones.

The Best Things About iPhone SE

There are many things to love about iPhone SE. First, if you have smaller hands and you always liked to own an iPhone, this is your chance to get one. When you pick this phone you will not have to hesitate for a moment as to what you are compromising on. In a nutshell, you will be getting the specs and performance of the iPhone 6S on this phone. The build quality of the phone is amazing and it feels very firm when you hold it in your hands. In short, the best thing about this phone is its performance that leaves iPhone 5 behind by miles.

If the reviewers are right then you can say that its battery is another highlight. Most reviewers have said that the battery will last longer than it did on iPhone 5. One thing that is probably going to be the biggest highlight for people from around the world is the price of this phone. It’s not very cheap but it is cheaper than any of the iPhones that ever came to this world with price group rated at 8 out of 10 by websites.

The Drawbacks Of iPhone SE

The funny thing about iPhone SE is that its strengths and highlights are its drawbacks too. First, it is a smaller device for people with small hands but it’s more like something that can be completely ignored by other iPhone users because there is nothing for the existing iPhone users that they will get this phone for. Secondly, while people would be happy that they are getting a smaller iPhone with better performance, they will also be disappointed by the fact that their phone looks exactly like and is in fact a copy of a 4 years old phone.

The biggest thing that iPhone introduced on its iPhone 6s was the 3D touch. Many people called it innovation but for most it remains a debatable point. Despite the mixed response on 3D touch, it was something new that Apple introduced. However, there is no 3D touch on iPhone SE if that’s something you were really excited about. While the back camera on the phone is exactly like the camera on iPhone 6s, the front camera is a huge disappointment with just 1.2MP. People who love selfies will be disappointed quite a bit here.

One big drawback that all the new iPhones have and SE is no exception to is the absence of 32GB model. People are still startled by the fact that Apple has gotten rid of the 32GB model. The 16GB model is practically not enough in the modern world. The 64GB model is just too much for most people. Most online surveys have proved that most people around the world own the 32GB models of their smartphones irrespective of the platform. So, you will either have to get the 16GB model and remain continuously worried about diminishing space or buy the 64GB model and pay more for space that you might never use.

Android has been making great progress in the recent years and the recent entries from LG and Samsung have shown that the competition from Android market is now real. USA remains the primary market for Apple and the recent statistics show that it might be losing its honor of being the “giant” in the coming years. Undoubtedly, this was a move from Apple to regain its lost customers. Or it could be a move from Apple to compete with LG and Samsung that have two different lineups targeting different markets i.e. Samsung has the S and Note series, and LG has the G and V series.

The company has recently come up with iPhone SE. This particular phone has been released specifically for people who were not happy with the size of its new iPhone 6. This is possibly the only sane reason that can be given for iPhone SE because spec-wise you already have the iPhone 6 and iPhone 6s with their additional “plus” versions with bigger screens. 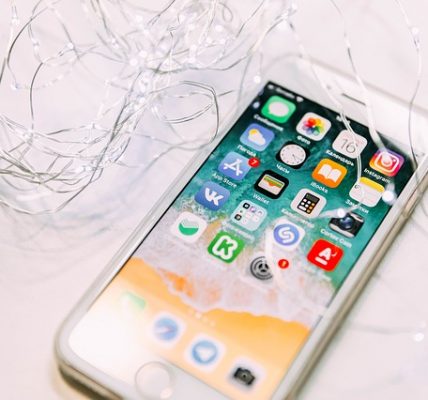