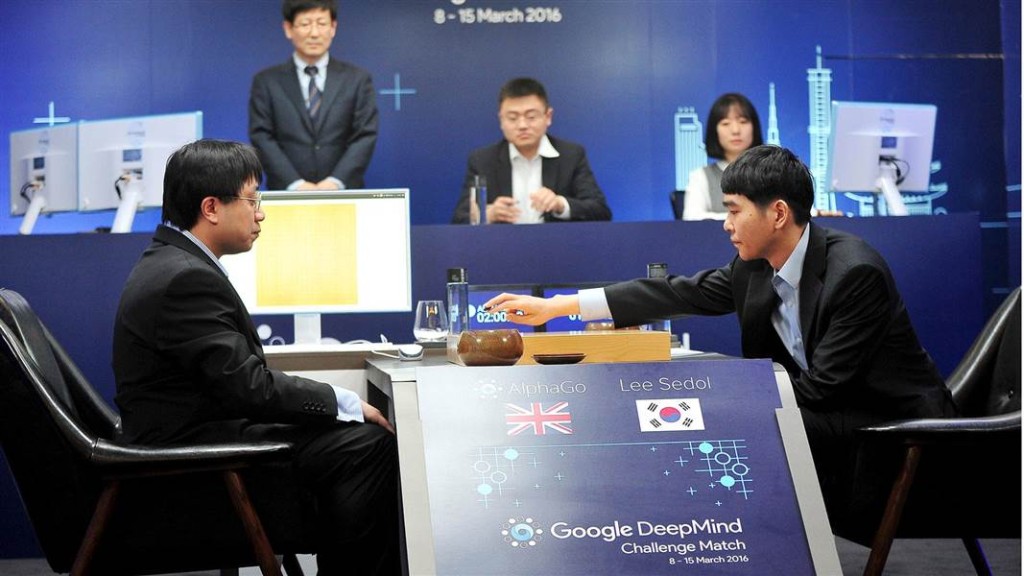 Before readers go on to read about Google’s artificial intelligence taking on a human champion’s mind, it is best that they know about the game a bit. “Go” is the name of the game that takes its roots from China. It is said that this game was being played in China nearly 3000 years ago.

It is a board game and the size of the board varies. However, the standard board size on which professionals play the game is a 19×19 board. Two players play the game wherein each player has to choose either from white or black stones. Once a color has been picked, the player has to place the stones of that color every time his/her turn comes.

Both the players keep placing the stones alternatively but the winner is one with the most number of stones when the board is full. It might sound simple and easy but this game can be more mentally challenging than chess at times.

Google has created AlphaGo, the artificial intelligence tool that plays the game Go. This AI has given a defeat to the human Go champion, namely Ke Jie. It was a three part game but Google’s AI was able to win two games in a row so the third one was never played.

Ke Jie responded later that he was really disappointed and sad for not being able to defeat the AI. However, the founder of DeepMind, Demis Hassabis, says that Google’s AI was put to its most extreme test when it played against Ke Jie.

AlphaGo, Google’s AI, has become such an expert of the game by learning from hundreds and thousands of games played in the past. Google believes such AI will be most useful in medicinal industry.

Professor Cristianini went on further to say that artificial intelligence of machines for playing board games is something that has a very limited and narrow scope. According to the professor this type of intelligence does not help the machine in any way when it comes to making decisions like humans i.e. finding solutions to not just one but any type of problem in the world.

Both the professors agreed on the fact that such intelligence of machines can be best used in other industries, especially medical and healthcare. DeepMind, the makers of AlphaGo, are currently working on projects where they strive to incorporate this type of machine learning in other industries.