What You Need To Know About iOS and Android Tablets

Let’s face it, today the world is essentially split between two teams: the iOS and Android lovers. But, most of us have fallen into our team by chance.

Whether we were given an iPhone at a young age and now can’t even fathom switching to an Android tablet, or have bought too many Windows devices that are now all integrated and so an iPad wouldn’t make sense, it turns out that we often don’t have the opportunity to experience the other side.

For those of us curious about the other side, we have a simple and comprehensive chart of some of the key features that make an iOS an iOS and an Android an Android. To make matters easier we have chosen the tablet as the platform of comparison.

For some of you, the common factors will show you that perhaps these two teams aren’t too different after all, while for others the differences will be blatant. Whatever the case, we recommend trying to keep an open mind about the “other.” 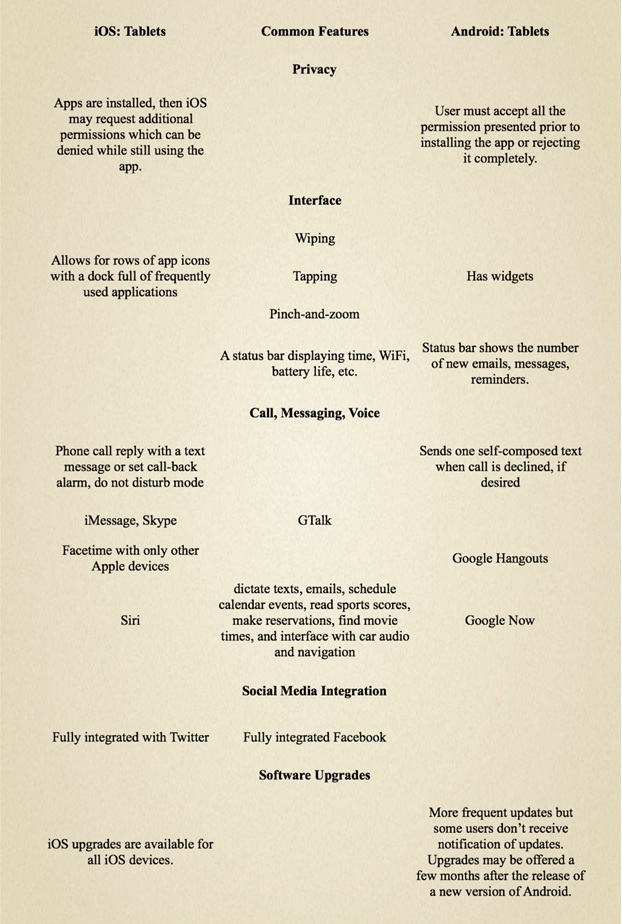 We can’t deny that both sides have their pros and cons. The choice really comes down to what you are looking for in a tablet or in a phone or in a computer. Therefore, we hope that this chart will help you either bolster the faith in your team or give you the courage to make the transition to the other side.

What Speculations Are Saying About Samsung Galaxy Tab S3