Why Do Games with Procedurally Generated Levels Appeal to Players So Much?

There are a lot of genres in gaming, and most players have their favorites, but one thing that has become increasingly used is random or procedurally generated levels. Whether it’s a hack and slash adventure game like the Diablo series or a platformer like Spelunky, the random world generation thing is actually quite hard to pull off, but when it is done well, it is something players really buy into.

Discovery in an Age of Spoilers

Back in the 80s and 90s, games were a lot less sophisticated but we also had nowhere to go for help. You may read magazines to find cheat codes or ask a friend how to beat something, but what you couldn’t do was find an entire walkthrough that solved every problem for you online. When you play a more linear game with a fixed map, you can always find out how to do something or where all the secrets are hidden with a simple online search. This removes a lot of the frustration of getting stuck in a game, and means that even the most obscure treasure can be yours, but it also takes away a lot of the challenge – and a lot of the thrill of discovery.

You can read a detailed walkthrough of everything that happens in linear games like the Resident Evil series and decide what to do based on a knowledge of the consequences that you just wouldn’t have if you were in those situations for real. When you play something like Diablo 3, while you can learn online how to best approach a boss fight or what happens in the story, every location is randomly created so you can’t simply look up how to get to the goal of your quest. This ups the challenge and means that each person’s game is unique.

Another reason why players enjoy games that randomly generate levels on each play is that it adds to the replay value. When you played Sonic or Super Mario back in the day, you would learn the layout of each level and race through them, desperate to see what comes next, but unable to do anything new until you beat the levels you’d already seen. With a procedurally generated platformer like Spelunky, every play is a new experience. You might get a cool item you have never had a chance to use before on the first level. You don’t know where the boss will be or which monster you’ll have to fight. You don’t know where the traps are. This makes even the earliest levels you may have played 100 times before new and interesting, and stops the game from getting stale until the higher levels that are new to you. Platformers were a mainstay of gaming in the 90s, but could easily be seen as outdated and childish without upping the challenge using things like this.

People these days are able to communicate about the games they are playing a lot more. You can broadcast your game on Twitch, make a YouTube video, or play games with your friends online. Of course, this means that it is easy to see everything in a game without actually beating the challenges yourself. You can see all of the content in something like Life is Strange without ever buying the game. However, games that are randomly generated allow you to have a unique game every time.

You can watch loads of videos of someone playing a rogue like The Binding of Isaac, and you’ll never have the same run the people you watched did. This makes the gaming experience a far more interesting one while still allowing you to look at the stuff online and enjoy it. If you like social games and MMOs, like the games at https://mobilegamerhub.com/, then you will also really appreciate having a unique world and experience you and your friends share that is different from every other person’s playthrough.

The Role of Luck

Games based purely on chance can be boring, but a little bit of luck in a game can make each playthrough different and make it more exciting. The luck involved in getting good items and easy enemies in a randomly generated level can make one run feel amazing, and like the gaming gods are being good to you. Another run where your items are all garbage and you get the toughest monsters and layouts can feel like a bad day at the office. It’s part of making each time you play feel like a new beginning. Things could go your way or they could be terrible. This way of adding luck into games that are otherwise based on skill and strategy can make them a lot more fun. You may be experienced in a game and have unlocked a lot of cool stuff, but you can still have an unforgiving run where nothing works in your favor. It makes the good runs feel legendary, and the bad ones very challenging.

Another reason why we love randomly generated games is the fact we can appreciate the work that goes into them. A game like Spelunky creates new levels every time you play, but you should never find a level that can’t be beaten, or a part where you need a certain item that you may not get in the level. The logic that has to go into making new levels every time with challenges, traps and obstacles that still fit with the game and don’t make it unplayable is pretty impressive, and gamers often appreciate playing something that was very hard to design.

Random level generation is becoming more and more common in games, especially indie games that go into the platform niche. It is clear that it is something that is hard to do, but when done well adds a lot of value to the game and appeals to the players in a big way. 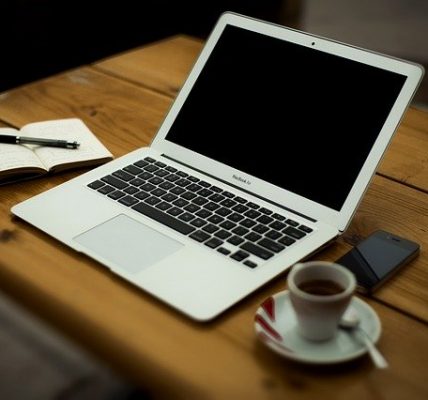